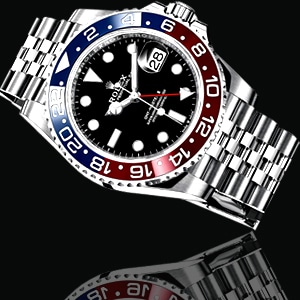 On the 15th of July, 1954 a new Boeing airplane took off from the company’s strip at Renton, Washington. Built to be the U.S. Air Forces type request number KC 135. It was a 4 jet engine, air to air tanker designed to extend the range of the of the new B47 jet bomber to intercontinental range. It only took 1 year before the government allows a commercial passenger version designated the 707. Pan Am was the first commercial airline to fly the 707 in 1956. With the new larger size plane, Pan Am began flying intercontinental flights. Travelers loved the new plane as it cut the flight from 13 hours to 7. However now the pilots found themselves dealing with a new problem, “jet lag”.  To put it simply, the body’s internal rhythms were knocked off balance by the sudden between time zones 5 or 6 hours apart. Pan Am was worried about the effects this may be putting on its pilots. Pan Am wanted to keep the pilots on their “home” time as well as making sure they knew the current local time. To meet both these needs Pan Am Asked Rolex to develop a watch that could do both. A joint task force was commissioned with the development of this new watch. The watch that came from this effort, The Rolex G.M.T. Master. The G.M.T name came from Greenwich Mean Time. The G.M.T. Master was a heavily revised version of the “Turn-O-Graph” (model 6202) with the calibre 1035 movement upgraded with the addition of a supplementary 24 hour driving wheel. The new movement now called the cailbre 1065 powered a watch that featured 4 hands having a 24 hour hand in addition to the hour, minute and second hands. Together this allowed the wearer to tell the time in 2 times zones without having to try to add or subtract the hours yourself. This made it much easier for pilots to keep track of the times in their home timezone as well as their destination. A G.M.T. Master also accompanied Astronaut Jack Swigerts on Apollo XIII and hangs at NASA honoring the long relationship between NASA and Rolex.

The G.M.T. Master and Master 2 have always been designed as a pilots watch, but has become a favorite of businessmen who travel for work. It allowed them to keep track of the time back home, making it easier to communicate with their family as well as their home office. While there have been many changes made to the G.M.T. all the features that made it famous are still incorporated in the watch. There have been many famous variation of this watch such as the “Pepsi” The “Coca Cola” And the “Batman” to name a few. While designed for pilots, the G.M.T. Master has become one of the most popular models of Rolex watches to date.

This site uses functional cookies and external scripts to improve your experience.

NOTE: These settings will only apply to the browser and device you are currently using.

This site uses cookies to provide better and more accurate information for you, our customers. No information gathered will be sold and is 100% confidential.